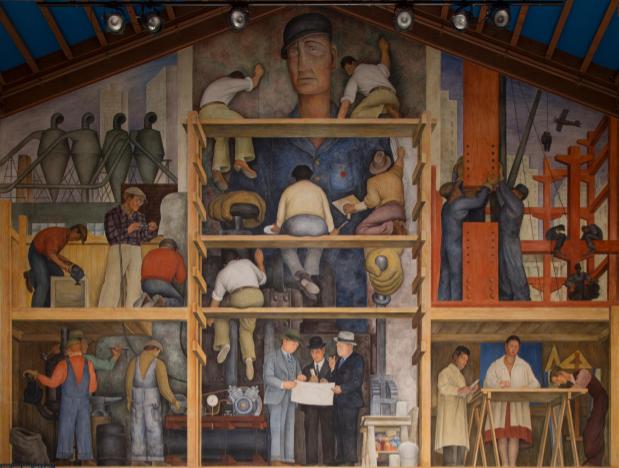 I don't know about you, but since 2016 I have felt like everything has become 'political'. From the way you drink your soda to the tennis shoes you buy, not even the mundane is free from the dreadful grasp of politics. I will admit, this could just be me and my own perspective - since the 2016 election was my first time voting. Nonetheless, there must be some reason the word 'politics' never fails to make folks squirm, cringe or frown. But before attempting to understand why politics can make us flinch, I would first like to say a little bit about the 'political'.

There is, of course, the study of political reality; like political science and international relations. These studies, however, are concerned with the actuality of politics. This is not what I am interested in bringing up in this corner of my blog. Instead, what concerns me here is the further removed inquiry into the domain of the political. Not the politics of a given situation, but politics in general. In other words, I am saving this particular space on my blog for one question; what makes something political?

This inquiry is sometimes referred to as 'metapolitics', or political philosophy - which brings me to the title I have chosen to give this post. “Ta meta ta physica”, is a Greek term used by Aristotle to refer to metaphysics as the ‘things beyond the physics’. In other words, it describes an inquiry into the fundamental nature of physics itself; rather than that which is within the domain of physics. “Ta meta ta politika”, referring to the ‘things beyond the politics’, then, must be the political inquiry into politics itself. That is, it refers to the politics of the political.

POLITICS OF THE POLITICAL

To seriously condense a long-standing philosophical discourse, the 'political' has historically been defined in the context of some sort of social relation. Sometimes, this concept is defined as a violent relation: where something is political if one person has access to means of violence that another person does not. This often seems the case when looking at international politics; as some nations have access to military forces that other nations do not. Other times it is defined in terms of the institutions it creates - such as a law enforcement agency, or the federal and state governments. From the perspective of the citizen, this makes the most sense as institutions often serve as the only face of direct interaction with the government.

Since there are some institutions that are political - but are not characterized by violence in any way (such as the Department of Motor Vehicles, or the institution of marriage) some argue that the violent view of politics is incompatible with most political institutions. Moreover, as violence is not characterized by the bureaucracy of an institution - that is, paperwork usually falls pretty low on the list of priorities in times of war; others argue that it is the institutional view that fails to comprehend violence. However, I see a few issues in this distinction that I hope to spell out in illustrating the Foucauldian framework of power relations.

In 1978, Duccio Trombadori interviewed Michel Foucault on power and the political. The interview was titled The History of Sexuality, even though Foucault hardly said a thing about sex or sexuality, and in it, Foucault defines ‘politics’ in terms of power acting on power relations (Sluga). My goal in exploring this topic is to expand on this definition of the ‘political’ in the context of power and power relations. 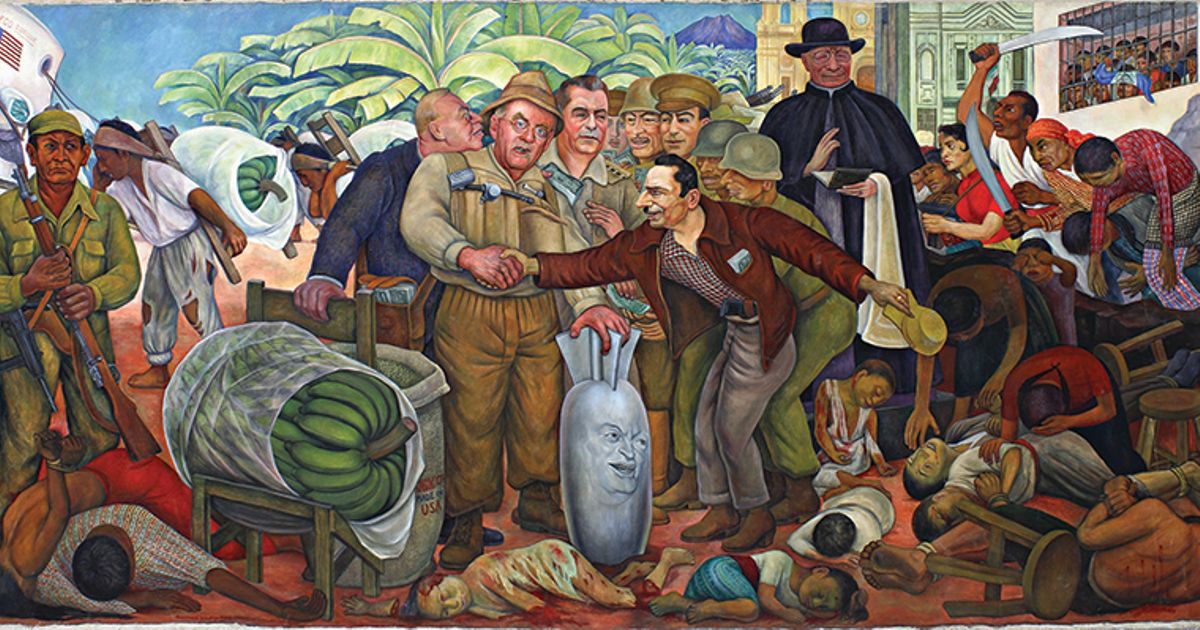 Simply put, ‘power’ is the ability for one individual to alter the behavior of another. In other words, I have power over you in that I can cause you to act in a particular way. Moreover, power always entails a set of actions performed upon another person's actions and reactions. That is, my acting upon you is not enough for power to be established. To understand why - think of it like this: if my doing something has no effect on the choices you are to make, it might as well have been that I did nothing at all, at least from your perspective. Rather, ‘power’ is acting upon an individual, or group of individuals, in a way that affects what, how, when, or where they do something.

While this description of power is often attributed to violence, it cannot be reduced to the use, or threat of violence. Although violence may be a part of some power relationships, "In itself, the exercise of power is not violence", according to Foucault. Moreover, this sense of the word ‘power’ is not strictly a negative one. Your grandparents might have the power to make you want to visit them more often by cooking your favorite dish every time you are there. Note that violence is in no way related to the exercise of power in this case.

Instead, the wide-range of this definition of power is quite far-reaching by design - as power can be seen to exist anywhere. In fact, Foucault asserts that the ubiquitousness of this description not only asserts that power is everywhere, but that we are all imposing power on one another at all times. This is what Foucault is saying when he claims that there are power relations exist between all points of the social body. Meaning that any and all human interactions are characterized by some dynamic of power. The power you, a reader, have over me, a writer, will be relative to our social positions. Nonetheless, there necessarily exists some relationship of power between us. Whether we acknowledge it, or not: Whether we like it, or not. In essence, power is unavoidable.

In the interview, Foucault considers this definition of power and power relations as a contender for describing the domain of the ‘political’. But this is problematic for a number of reasons; If the word ‘political’ were as ubiquitous as Foucault's description of power, it would essentially lose its meaning. In characterizing all human interactions, this definition would include things we might not want to think of as being political; such as in the example of your grandparents cooking for you. Yes, their incentivizing your return with baked goods is a clear use of power, as they are affecting your behavior. But there is something missing in trying to consider that relation a political one.

For Foucault, the missing ingredient in this description is a particular characterization of interconnectedness between power relations. By this, I mean to say that when power acts on power relations, said power relation becomes a political relation. To illustrate this point further, please consider a hypothetical society represented in the following diagrams: 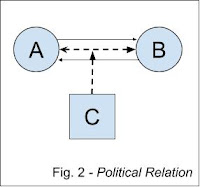 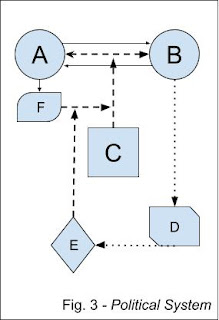 In the Foucauldian framework, politics must be understood as a process that reproduces itself at ever higher levels of coordination. When power acts on a power relation, a new relation emerges for power to act on. Moreover, the more power that acts on power that acts on power, the more politics takes place. It is in this sense that the complexity of political relations defines the domain of the ‘political’. This ever-increasing complexity of a political situation develops itself into a larger system of social networks.

Furthermore, Foucault posits that as power relations group into certain ideas or practices, they ‘crystalize’ into institutions. For example, the defender of consumer rights in Figures 2 and 3 might have come about as a reaction to an abundance of unfair business practices. As community members, activists, lawyers, and politicians assembled their collective power into a single practice, this institution of consumer rights defense slowly becomes solidified into the socio-political landscape. Over time, the more that rely on it, the more points of the social body are willing to fight to preserve it. As institutions impose power on other institutions, new systems of governing that power might emerge, creating a vastly complicated political system.