https://www.cnn.com/2018/04/20/us/paintings-us-mexico-border-fence/index.html Until quite recently, serious conversation about immigration was all but dismissed from philosophical discourse. However, this consensus of silence imposed by opinion makers who found the topic distasteful or inconvenient was abruptly undone by a number of recent events - including the sudden rise of immigration as a topic in the last U.S. presidential election. In the limelight of this discourse, we find two prominent scholars of philosophy with polar opposite opinions on the matter; Wellman and Abizadeh. Wellman argues that insofar as a state is legitimate, it ought to have the right to close borders to would-be immigrants as it sees fit. Abizadeh argues, in contrast, for a moral right to not be excluded, such that states have no moral right to close their borders to any would-be immigrants without a unilateral democratic justification. The aim of this post is to identify and present each of their arg
1 comment
Read more

Usually made from trash and debris left by humans, rats can embed a nest nearly anywhere the sun does not shine. As such, a rats’ nest will not be found in plain sight. However, by tracking the footprints, tail marks, droppings, or urine spots of a rodent, one can find a rats’ nest. A rats’ nest is a breeding ground for infectious diseases. If handled inadequately, a rats’ nest can quickly become a bigger problem for all those concerned. Creatures living within a rats’ nest have no care for those that do not. Self-interest is a rat’s only end. WE THE PEOPLE Self-interest is at the heart of tyranny. Wherever there is a position of power over the people, there is the possibility for tyranny. There is an opportunity for one to place their own self-interest above that of the common good. Tyranny is what this nation’s founders feared most. They feared that upon achieving independence from the tyrannical ruler King George III, this nation would fall back into submission to some
1 comment
Read more

Before I get to the candidates, I must point out that I am extremely disappointed in CNN for not having a single question about climate change in the whole three-hour-long debate. Now that is out of the way, let's get into it. Biden didn't make any sense; that's not a good sign for 'the most moderate candidate'. No one went after Biden and he still dropped the ball several times. He had his moments of charm, but they were few and far between. Every time he spoke, I became worried that he might actually be Trump's opponent in 2020. He is this party's biggest risk. Buttigieg was aggressive and hostile to other candidates. That might have been what he needed to stand out, but it did not sit well with me personally. His approach should have focused more on policy than the other candidates. Klobuchar got a lot of screen time but failed to make the most of it. I had a hard time pinning down any of her views. Castro's situation was nearly the same. H
Post a Comment
Read more 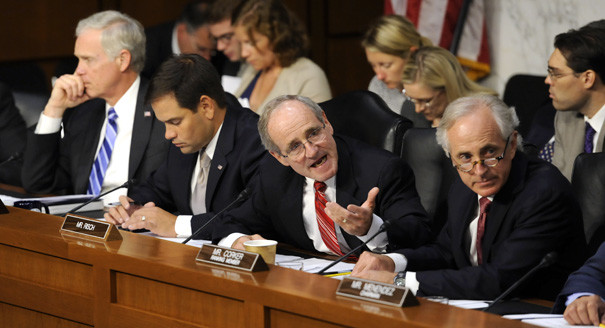 As rates of crime and violence continue to rise along the U.S.-Mexico border, it is clear that there is a crisis that puts many lives a stake. On Wednesday, the Senate Foreign Relations Committee held a hearing to discuss the crisis at the border, specifically focusing on its root causes and potential solutions. The consensus among Republican Senators is that mass migration towards the U.S.-Border is the result of a lack of will from Central and Latin American countries to sustain a strong economy and uphold the rule of law. The consensus among Democratic Senators is that mass migration is a result of corruption and increased food insecurity caused by global warming, regional instability, and the ill-advised move on the part of the Trump administration to reduce foreign aid in Central America.  WHO WAS THERE? Despite this being the first Senate hearing on U.S.-Mexico and Central American relations since January of 2017, few Members of Congress attended the Full Committee Hear
Post a Comment
Read more 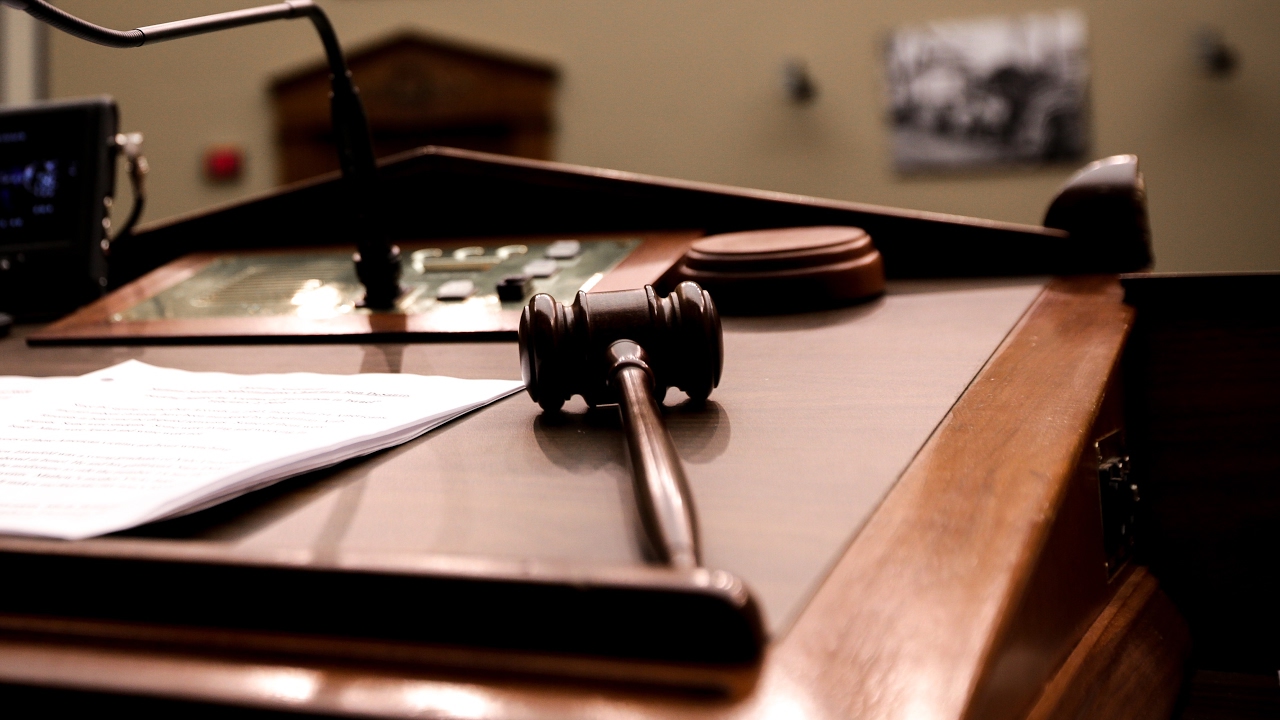 Medical deferred action is a humanitarian policy enacted by U.S.CIS, which allows individuals who suffer from serious illnesses and their family members to remain in the U.S. without fear of deportation while they receive medical care. On Wednesday, the House Oversight and Reform Subcommittee on Civil Rights and Civil Liberties held an emergency hearing on the Trump administration's move to end this policy. Tensions were high, as representatives to the right of Chairman Jamie Raskins (MD-08) called the hearing a political drama, intent on embarrassing the Trump administration, while representatives to his left defined it as a serious inquiry into the administration’s apparent attack on a particularly vulnerable population of migrants. The hearing was split into two panels of witnesses. The first panel was comprised of witnesses willing to cooperate with the committee's inquiry, while the second was not.  The first panel, with a witness table including two individuals th
Post a Comment
Read more 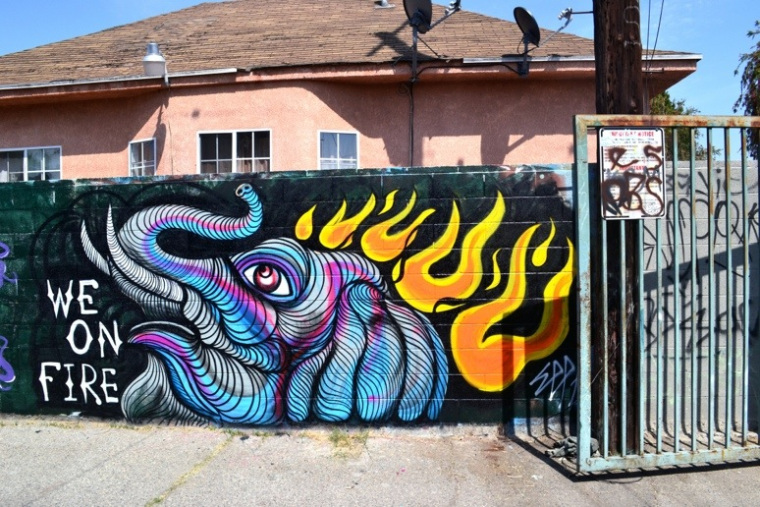 From Adam Smith to Friedrich Hayek, a majority of political-economic discourse has indicated that our liberation through means of the economy has been a long time coming. Finally, we will be able to abandon our governments, our societies, our friends, our families, our children: to become the epitome of human civilization; Homo-Oeconomicus , as Michel Foucault called it. No longer will we be held back by our neighbors or fellow citizens. Instead, we can pursue profit at all cost, and to the benefit of all of humanity. A dream that would bring tears of joy to any Reaganomics enthusiast. Except, of course, none of this is true. In fact, the neoliberalist dream probably died sometime near the 2008 financial crisis, potentially even earlier than that. Wendy Brown argues this claim in the context of today's socio-political landscape, which Brown describes as the remains left in the ruins of the neoliberal revolution. In this post, I hope to explore some of the tensions inheren
1 comment
Read more

INTRODUCTION Aristotle calls his philosophical position on form and matter: the theory of principles. In developing this position, Aristotle confronts a challenge posed by many presocratic philosophers, including Parmenides, regarding generation. In his own argument, Parmenides denies the possibility of generation, or change, whatsoever. In response, Aristotle posits that his theory of principles can answer the problem that leads to this philosophical challenge. The aim of this paper is to briefly summarize Aristotle’s Theory of Principles, explain Parmenides’ argument as well as Aristotle's response to that argument, and then conclude by considering the merits or concerns of each position. THE THEORY OF PRINCIPLES Aristotle posits that three essential components are involved in every process of change. There is the subject, as in the thing that undergoes a change, and two opposing properties, as in attributes or qualities. These opposing properties are those with conflic
1 comment
Read more

Unlike most ethical frameworks, Aristotle provides an account of the good that puts emphasis on the virtues of one’s own character. over the moral implications of an individual. This means that what matters when defining the ethical or moral, i.e. the 'good'; is who you are in a given situation, rather than what you do in that same situation. As such, Aristotle claims that one cannot be virtuous without having a virtuous character. By this, Aristotle means that in order to be good, one must develop a good person out of themselves through a process of habituation. Another way of putting this is that becoming a good person is much like learning a musical instrument, and moral virtue is a skill one acquires through practice. The aim of this post is to summarize what Aristotle means by ‘habituation’, and why he thinks it plays such an important role in ethical development. Moreover, I will consider whether or not this infers a certain 'unreflectiveness' in the moral
Post a Comment
Read more
More posts